The world is in a very weird place right now. Moreover, America is in an extremely weird place; some would even say volatile and unstable. No matter where you stand on the current political climate, or administration, one thing is for sure; people are angry.
While I don’t typically discuss politics on my page, or in my writing, I think I made it perfectly clear who I didn’t want to be President. I wrote one piece for another site speaking out as a disabled veteran on how the Republican candidate was not showing even the bare minimum of respect to vets, but that’s where I left it. Obviously, the candidate I chose did not win, and that’s just the way shit goes some times. But I, like many others, were left with all this energy from pre-election. Energy that was now turning to anger or sorrow. Energy that we weren’t equipped how to use going forward. That’s why when I meet someone who is now spending that energy in positive ways, I can’t help but be inspired.

That’s how I felt when I met Christie Organ. Christie is the creator and talented writer over at christineorgan.com. A small town gal who enjoys a good cuss word (Another one?!? Seriously, how can you not love these ladies?!?), she resides in Chicago with her family and pets, and creates her amazing posts online. A staff writer for Scary Mommy, Christie is a regular contributor for Babble, has also been published in several anthology books, as well as a number of high profile magazine sites. Ok, enough of her awesome resume, let’s get to the good stuff.
I’ve known of Christie for some time now. I have enjoyed many of her stories, and laughed a several of her memes. But it wasn’t until last year that we both ran in the same online circles, that I had a chance to interact with her on a personal level. One such group was a private group for online creators who were looking to invest in combating the anger and hate that was being seen online during the election process. Obviously we had/have very similar political and social justice beliefs. After the election many of us felt lost and deflated; many of us still do, but Christie made a conscious decision to get up and keep moving forward.
After the election Christie started researching different organizations where should could be involved and feel like she was making an impact. After talking with her brother about ideas of what they could to in the coming year, Christie found an organization that helps American families co-sponsor refugee families coming to the U.S. The America families meet the incoming family at the airport to be the first people they meet when arriving in this country, help set up their new apt/home, stock their pantry with food, and even assist in tutoring them for the next 6 months to help acclimate them to their new surroundings, as well as help children stay on top of education.
Christie and her family were all set to help a new family, unfortunately due to the executive order banning travel to the U.S. from certain Middle Eastern countries, there were little (if any) new families arriving. So instead, Christie and her family were matched up with a family that had already arrived in January 2017. Even though they did not get to meet them at the airport, they have been helping with everything else since that time; assisting the family with any and all needs they may have.
When I read about what not only Christie was doing, but all her family, including her children, I was so moved and inspired. I reached out to Christie to understand more about she chose this route, and this is what she told me:
Me: I’m super curious…why are you doing what you do? As it pertains to sponsoring refugee families.
Christie: I was feeling pretty angsty about everything after the election, and I wanted a tangible way to DO SOMETHING with all my angry energy. I wanted to do something substantial and time-consuming so that I could direct my energy into doing something helpful to combat the volatility and anger that was/is so pervasive in our country. I also like connecting with people on a personal level (rather than on a large-scale level through speaking and going to town hall meetings and things like that) so it seemed like something that would work for us. And my husband and I also like the fact that our kids could be involved in the entire process — from start to finish.
So many people right now are content with just being angry, or are fine with just giving up. Christie also told me that her faith is more rooted in actions that simply in beliefs, and that’s why social justice is a huge part of who she is.
Though we have just “officially” met, I find Christie not only super talented and funny, but inspiring in so many ways. I admire that she refuses to lay down and just accept defeat. I admire that she wants to help others, and provide them with a great example of what America is all about, and I admire that she is involving her children in the process and showing them they can affect change even at a young age.
And this is why I admire Christie Organ. 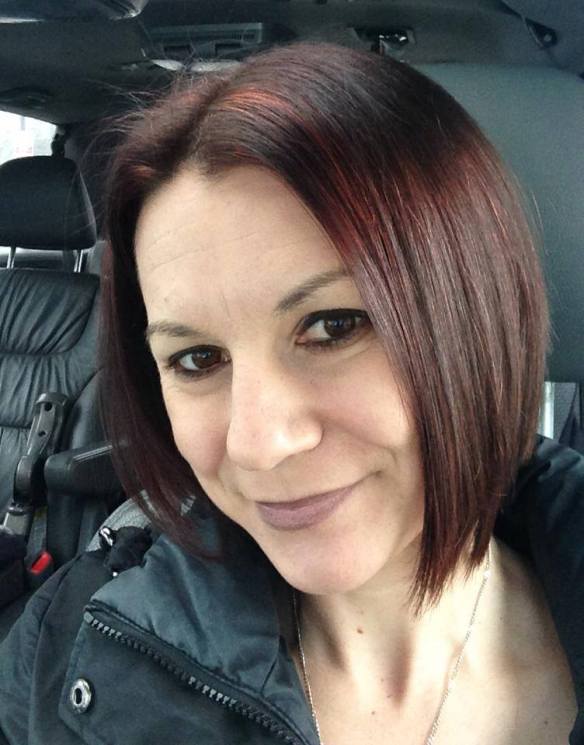